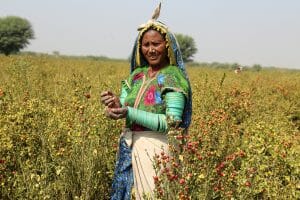 pdate brings together key findings from recent original studies on constraints and solutions to women’s economic empowerment (WEE), as well as the social and economic benefits of WEE.

For key findings and quick links to sub-sections please refer to the Contents section below.  To view this Update as a pdf file, click here.

1. Recent analyses show persistent gender gaps in the economic empowerment of women and men in the agricultural sector, across different countries.

2. Economic transformation offers new opportunities for entrepreneurship and wage labour as well as social empowerment; however, women often seem to benefit less from these economic opportunities than men.

3. In the area of agricultural productivity and climate-smart agriculture, successful country-specific solutions to WEE have focused on addressing the most binding constraints, or enhancing women’s participation in markets that they are already active in.

4. Some studies on regulatory reforms and agricultural value chain interventions focus on their social empowerment benefits, in particular women’s agency. These benefits often seem to increase over time.

5. Some studies however also show that many economic development programmes have not been effective in addressing binding constraints for women (see for example also Berge et al. (2012)).

6. There are also ongoing discussions on whether or not WEE may lead to increased partner violence. While the research is inconclusive on this, programmes can probably do more to reduce the risk of doing harm.

7. Several of the studies above highlight the importance of context-specific research to inform programme design and results measurement. The DCED aims to support programmes in this.

Note: For those interested in pursuing new research into WEE, the GrOW Research Series has launched a call for working papers on women’s economic empowerment and economic growth in low-income countries. This series is housed at the Institute for the Study of International Development (ISID) at McGill University.

Give us Your Feedback: Was this useful to inform your work? Would you like us to review recent evidence on other themes? Contact the DCED Secretariat at heinrich@enterprise-development.org

Sign up to our newsletter for updates on the Latest Research and Evidence on PSD.

This website uses cookies to improve your experience while you navigate through the website. Out of these cookies, the cookies that are categorized as necessary are stored on your browser as they are essential for the working of basic functionalities of the website. We also use third-party cookies that help us analyze and understand how you use this website. These cookies will be stored in your browser only with your consent. You also have the option to opt-out of these cookies. But opting out of some of these cookies may have an effect on your browsing experience.
Necessary Always Enabled
Necessary cookies are absolutely essential for the website to function properly. This category only includes cookies that ensures basic functionalities and security features of the website. These cookies do not store any personal information.
Non-necessary
Any cookies that may not be particularly necessary for the website to function and is used specifically to collect user personal data via analytics, ads, other embedded contents are termed as non-necessary cookies. It is mandatory to procure user consent prior to running these cookies on your website.
SAVE & ACCEPT